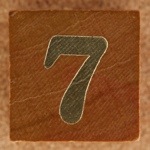 Is the Sabbath intended for the Gentiles? The answer to this question is an essential starting point for dealing with the Sabbath issue.

This is the second part of a series about the Sabbath. Click here for a list of our Sabbath articles.

Gentiles and the Sabbath

Recently, I contacted a number of Jewish rabbis with the following questions. If anybody understands the Sabbath, it is the Jewish people, who have kept and guarded this observance for over 2500 years. The Torah was given to them, and they speak and read in its original tongue.

1. Was Sabbath observance ever required of Gentiles (non-Jewish people)?
2. Is the Sabbath a creation ordinance (that is, was it established at creation for all of mankind)?
3. Was the command to keep the Sabbath in effect before the giving of the law, and was it observed by Adam, Enoch, Noah and Abraham?

Here are the replies I received from these experts in Jewish law:

——————–
Gentiles are not meant to keep Shabbat…including all the people you’ve mentioned as well as all Gentiles today. Based on the Talmud it seems that Abraham did observe the Shabbat.
If by creation ordinance you mean A Noahide Commandment, then no it is not a creation ordinance.
thanks
Rabbi David Fredman, Aish Minnesota
——————–
Thank you for your insightful question. The answer is; it is written in the Torah that Shabbat is G-d’s special gift “between me and the Jewish people, a sign forever”. Shabbat is only for the Jewish people. I hope this is helpful.
Rabbi Chanosh Rosenfeld, Chabad Lubavitch of Hamilton
——————–
Shalom,
Shabbat is only given to the Jewish people or those converts to Judaism that will join them. Before the giving of the Torah there was no obligation to observe Shabbat, and gentiles don’t need to observe Shabbat.
Sincerely,
Rabbi Chaim Sunitsky
——————–
Hi Leif,
The commandment to observe Shabbos was given specifically to the Jewish people. There is no reference in the Torah for it applying to other nations. I hope this helps.
All the best,
Rabbi Eliezar Zalmanov.
——————–
Leif,
To the best of my knowledge:

The answered they gave to these inquiries are clear, simple, and unambiguous:

1. “Gentiles are not meant to keep Shabbat” “Shabbat is only given to the Jewish people”
2. “It is not a creation ordinance”
3. “Before the giving of the Torah there was no obligation to observe Shabbat”

This is the traditional Jewish view of the obligation of Sabbath keeping, and the basis for their belief that the Sabbath was intended for the Jew only, and not for other nations, is based on the Torah. As Rabbi Zalmanov states, “There is no reference in the Torah for it applying to other nations.”

Justin Martyr, in his discourse with Trypho the Jew in AD 150, wrote:

Moreover, all those righteous men already mentioned [Adam, Abel, Enoch, Lot, Noah, Melchizedek, and Abraham], though they kept no Sabbaths, were pleasing to God; and after them Abraham with all his descendants until Moses… And you [fleshly Jews] were commanded to keep Sabbaths, that you might retain the memorial of God. For His word makes this announcement, saying, “That you may know that I am God who redeemed you.” (Dialogue With Trypho the Jew, 150-165 AD, Ante-Nicene Fathers , vol. 1, page 204)

“But if we do not admit this, we shall be liable to fall into foolish opinion, as if it were not the same God who existed in the times of Enoch and all the rest, who neither were circumcised after the flesh, nor observed Sabbaths, nor any other rites, seeing that Moses enjoined such observances… For if there was no need of circumcision before Abraham, or of the observance of Sabbaths, of feasts and sacrifices, before Moses; no more need is there of them now, after that, according to the will of God, Jesus Christ the Son of God has been born without sin, of a virgin sprung from the stock of Abraham.” (Dialogue With Trypho the Jew, 150-165 AD, Ante-Nicene Fathers , vol. 1, page 206)

This shows that it was known in the second century among Jews and Christians that the Sabbath was not kept before Moses, even by Israel before the Exodus.

Messianic (Christian) Jewish Rabbi Derek Leman has an article on his website that agrees with the Orthodox Jewish statements above.

Our next article on the Sabbath examines the evidence from Scripture that the Sabbath was indeed intended for the Jews.

Here is another quote from a Jewish Rabbi I was in touch with. Don’t misunderstand what he is saying regarding the link between the Sabbath and creation. The Sabbath commandment is patterned after God’s rest at creation (which is clear from Exodus 20). What Rabbi Schwartz is communicating is that the Sabbath institution, as a commandment or requirement, did not begin until Moses, when it was given as a sign between the people of Israel and their God.

The Sabbath was only ever an obligation to the nation of Israel after the Exodus (“throughout their generations” Ex. 31:16); not even Abraham was under obligation to keep the Sabbath. Based on Talmudic writings, Jews believe Abraham observed not only the Sabbath, but all 613 of the Jewish laws, as a forefather and example to the Jews that were to follow.

Dear Leif,
Shabbat is definitely built into Creation, and therefore there is an idea of resting, contemplating, learning, thinking on this special day. However, it is only an obligation for the Jewish people. Even Avraham [Abraham] who kept all mitzvos [613 commandments], did so of his own, but was not obligated to do so.
Best wishes,
Avraham Tzvi Schwartz”

11 responses to “Jewish Rabbis on the Sabbath and the Gentiles”